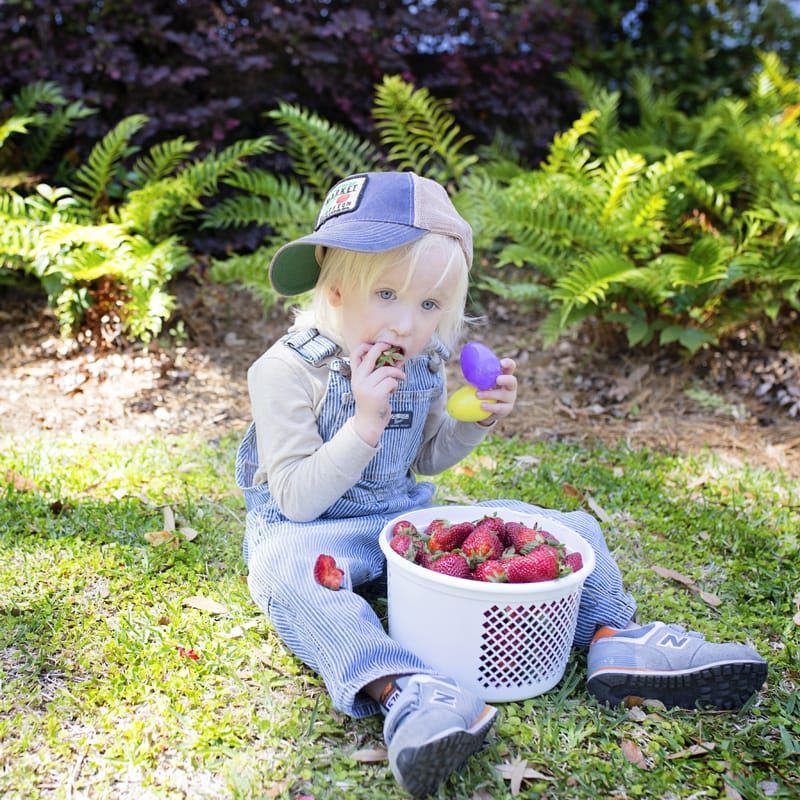 My goal involves a hammock, a vegetable patch, and a solar-powered house. And I hope to eventually get there.

This list does not mean that you shouldn’t eat these fruits and vegetables, it simply means be mindful of where you buy these vegetables and consider organic reputable sources.   Or you could grow your own, which would be more fun!    We shop at a local farmers market and know the strawberry farmer works hard to keep our strawberries clean.

Another helpful hint is to always wash your vegetables!

My favorite fruit & veggie wash is super simple – mix 2 cups of cold tap water, 1/4 cup of white vinegar, and 2 tablespoons lemon juice.  Put in a mason jar and gently wash those fruits and vegetables before you toss them in the refrigerator or in your salad! 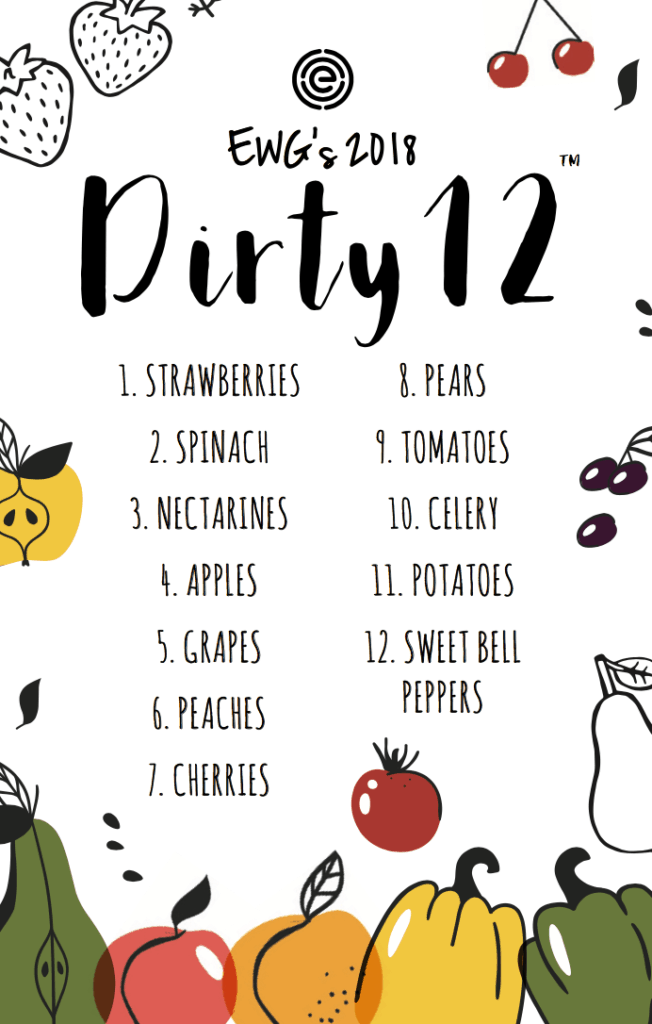 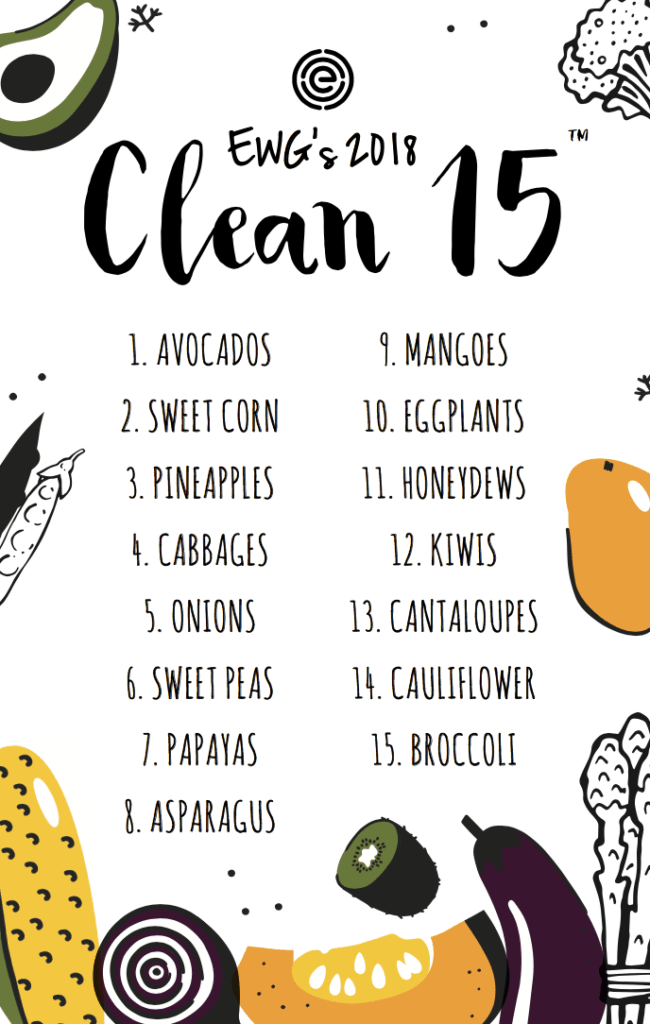 On the positive, the Environmental Working Group also creates a lesser-known companion to the Dirty Dozen: the “Clean 15” guide to produce containing the least amount of pesticides.   And thick skinned Avocados topped the clean list again this year!

EWG helps protect your family from pesticides! I just donated $15 and the EWG is sending us a Shopper’s Guide to Pesticides in Produce™ bag tag!  You can donate here.

You can also download their Free Shopping Guide Printables to toss in your reusable grocery bags to take with you! 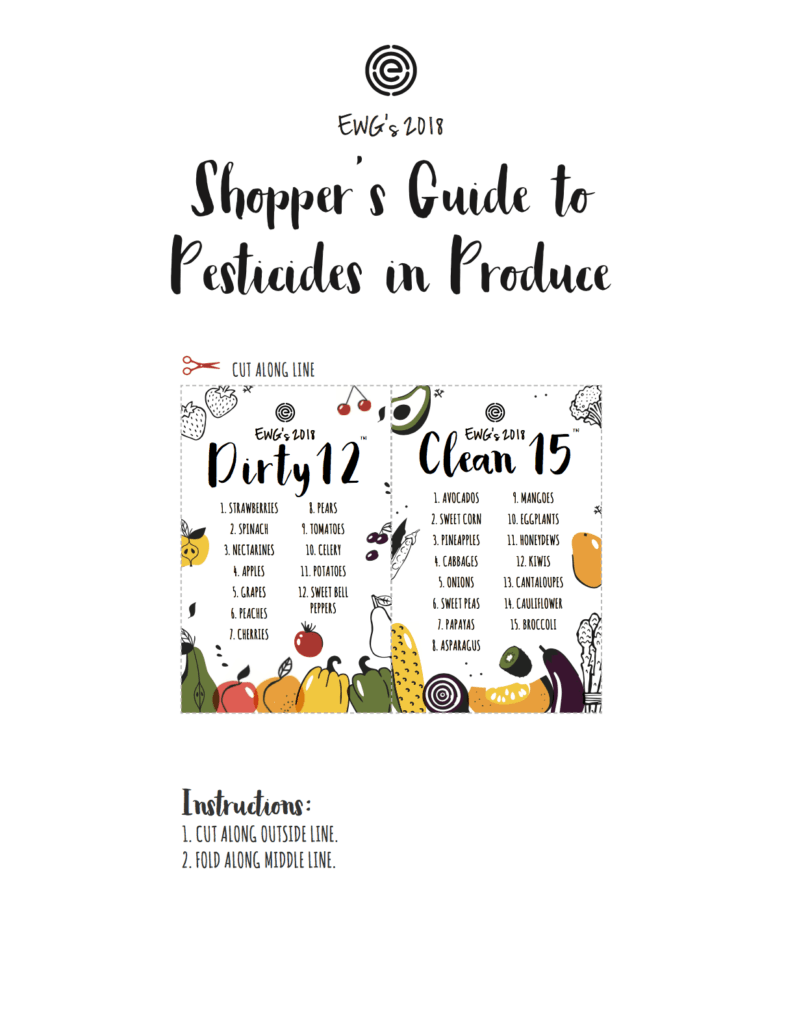 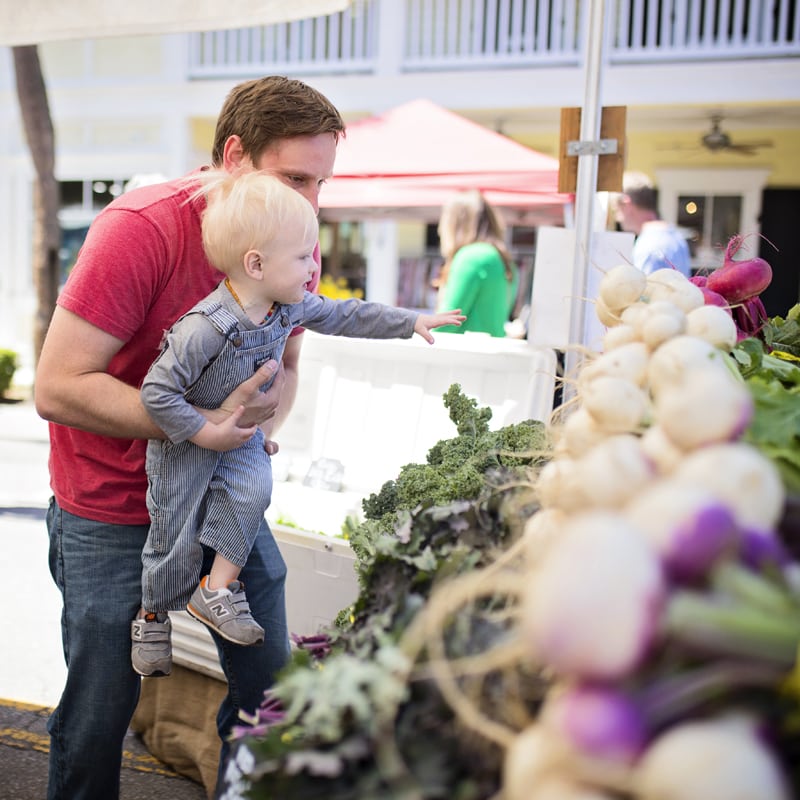