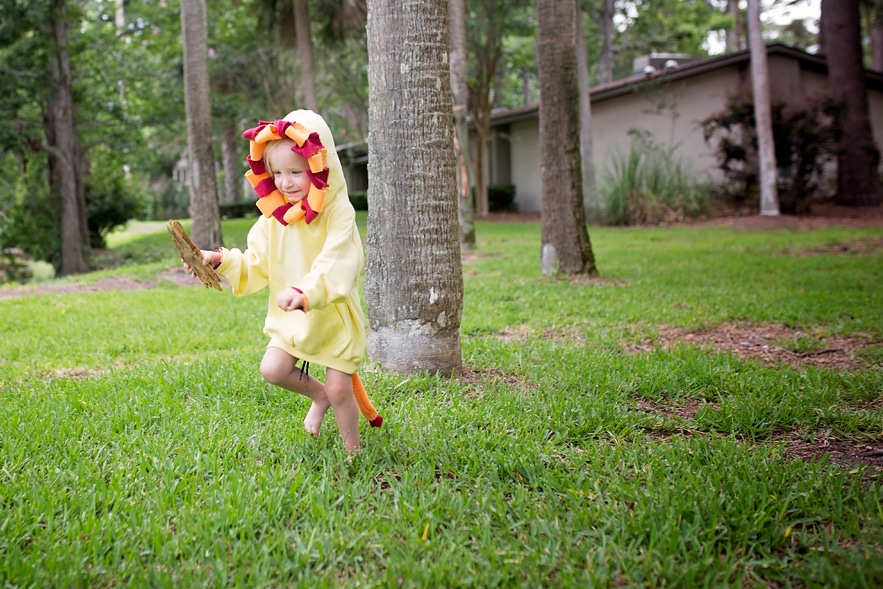 Hakuna Matata, I’m so happy to be able to partner with Disney Junior for this fun post!

There was a Disney movie philosophy before Let it Go.  I know it’s hard to believe, but 90s kids will remember Hakuna Matata, it means no worries.  Carefree wonderful kids everywhere were living the Timon and Pumbaa way of life for the rest of their days.  The circle of life has happened, and us 90s kids are having babies.     The Lion King’s Simba and Nala have had babies too – Kion and Kiara. Disney Junior has the new generation of the lion pride on a fun series that you can watch with your cubs, The Lion Guard.  The Lion Guard follows Kion and his team of animal friends as they protect the Pride Lands.  The series is as musical and entertaining as the original movie, and moms and dads will recognize some of the voices (Rob Lowe and Gabrielle Union).

“Laughter is timeless, imagination has no age, dreams are forever.”  Walt Disney

Imagination: noun imag·i·na·tion  \i-ˌma-jə–ˈnā-shən\ the act or power of forming a mental image of something not present to the senses or never before wholly perceived in reality.

Part of the fun of growing up Disney is how much Disney values imagination and creativity.  Creativity has long been considered to be one of the highest forms of intelligence.  Young children express their creativity and imagination through pretend play.  Pretend play stimulates social skills, emotional skills, language skills, and problem-solving.  One of our favorite ways to engage the kids in pretend play is through dress up!  Now that our toddler Oli has been watching The Lion Guard, he enjoys running around our backyard jungle growling at the squirrels.  So I made him the cutest dress-up lion costume.  I’m super mama lioness proud of it because I don’t sew.  It’s easy, cozy, and your toddler will love it.

How To Make A Disney Junior Lion Guard Cozy Costume

Step One:  Cut the fleece blanket into strips and turn the sweatshirt inside out.

Step Two:  Hot glue the strips to the inside of the hood edge.   Let the hot glue dry, and sing “Hakuna Matata” while you wait.

Step Three:  Flip the sweatshirt around and glue to the outer hood edge.

Step Four:  Then use the remainder strips to decorate the sleeves, paws.

Step Five:  Form a cylinder for the tail, and glue a strip of a different color for the pouf.

Step Six:  Go play in your backyard with your little lion cub. 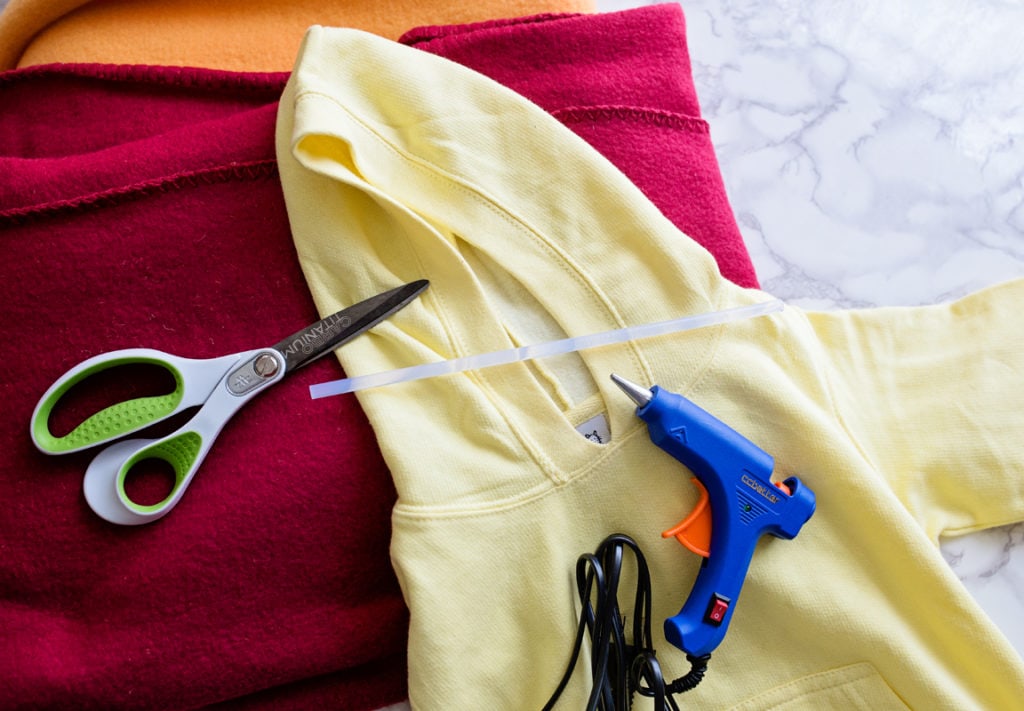 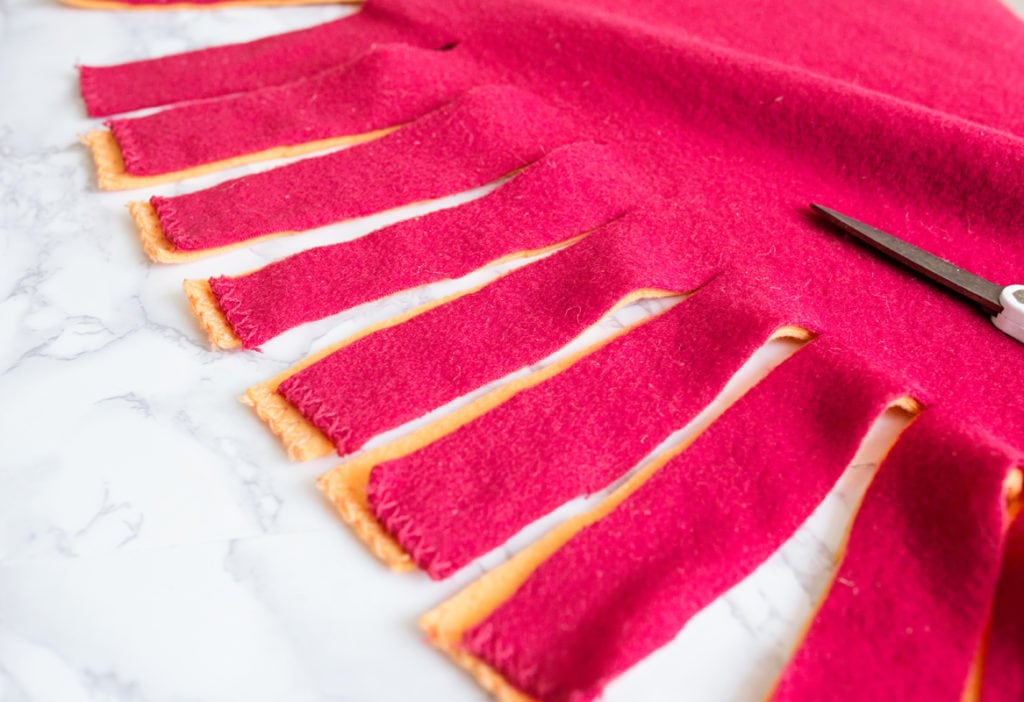 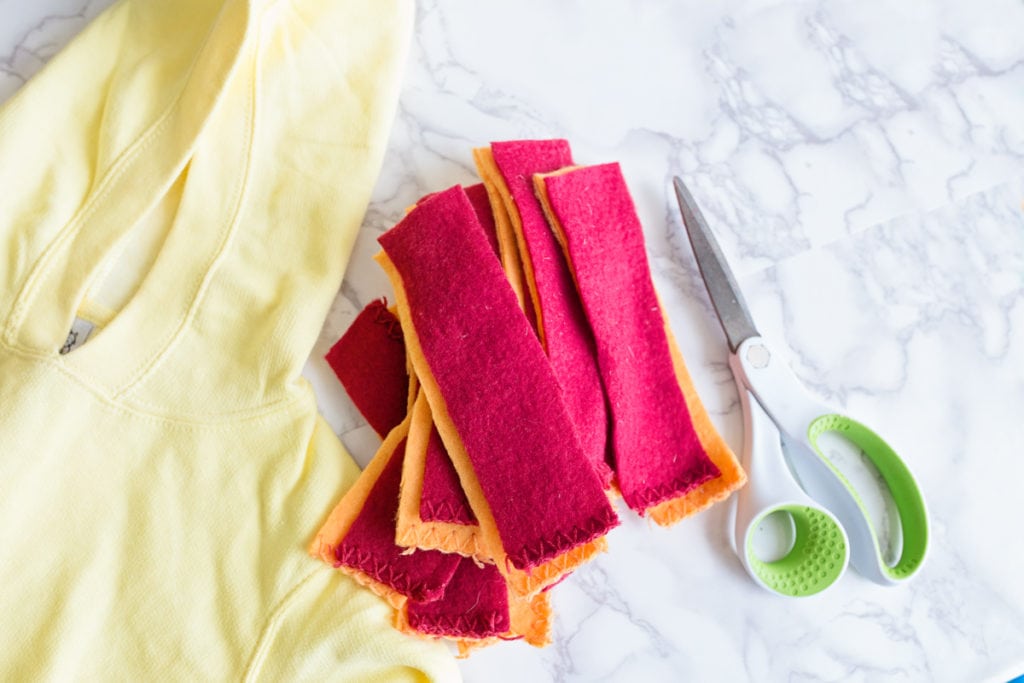 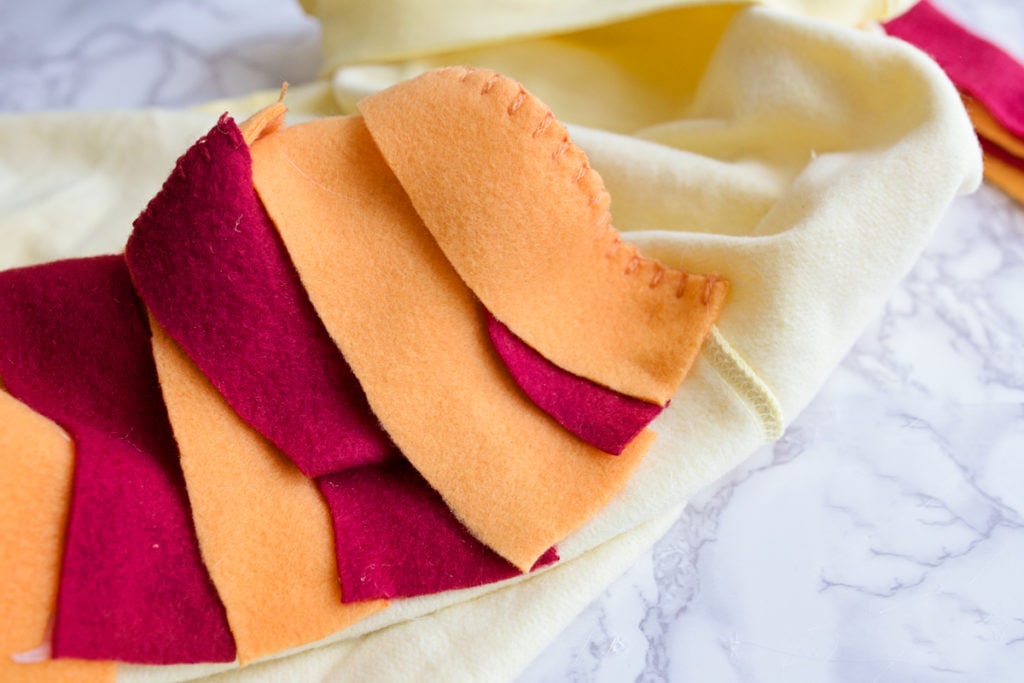 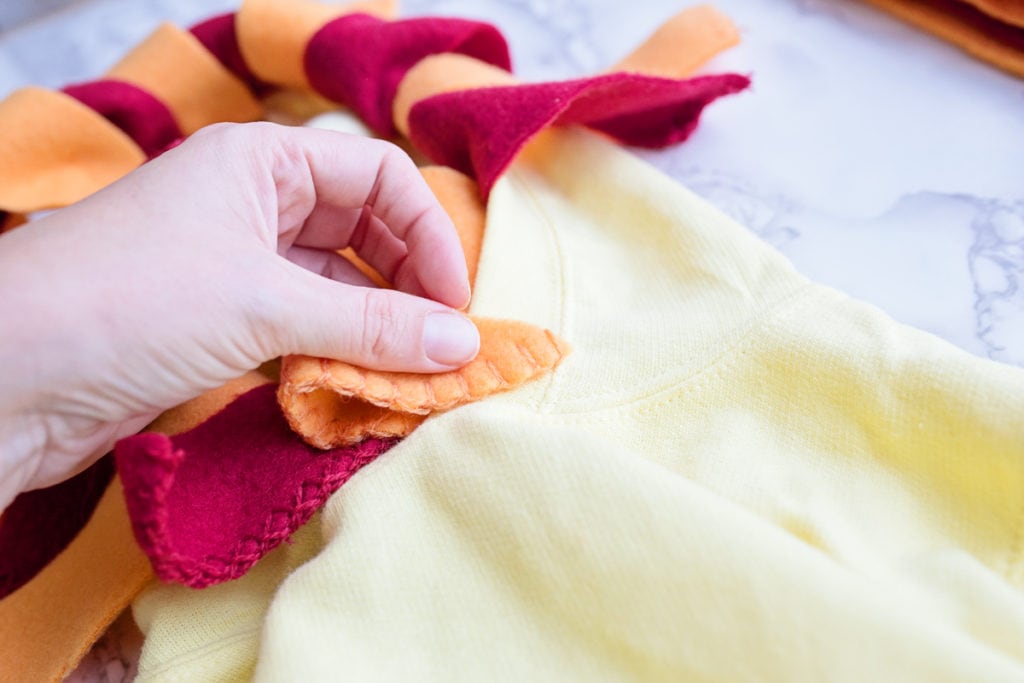 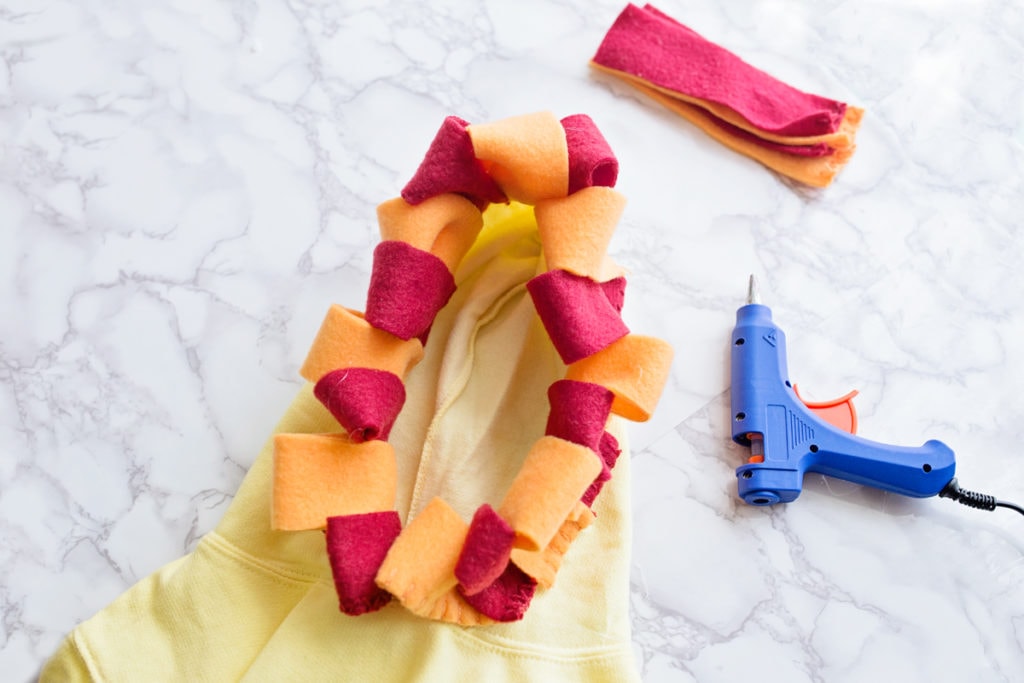 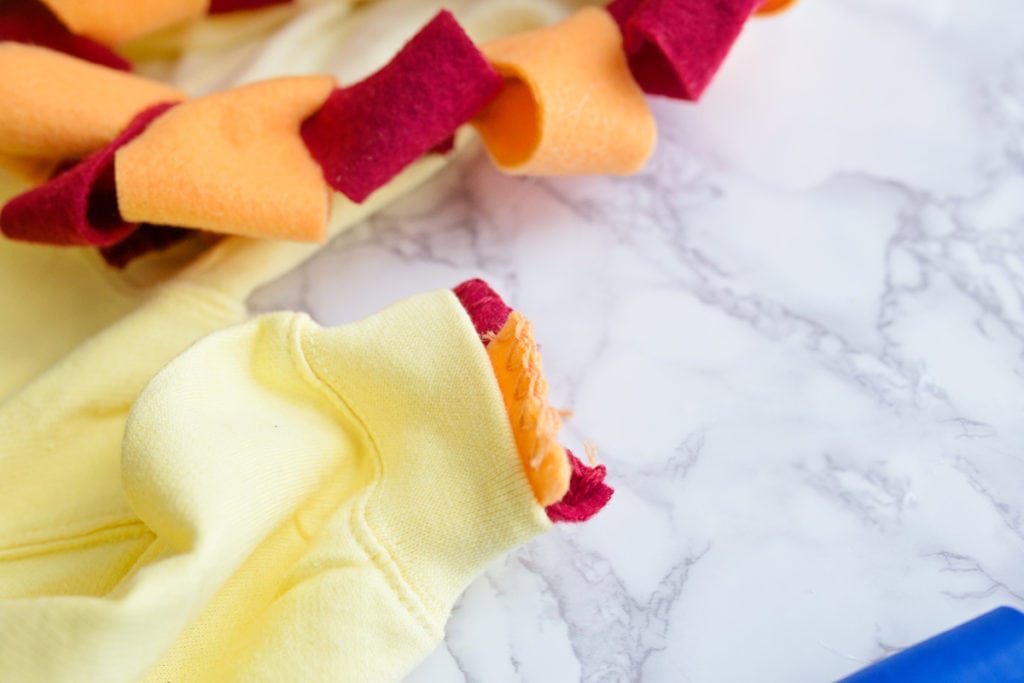 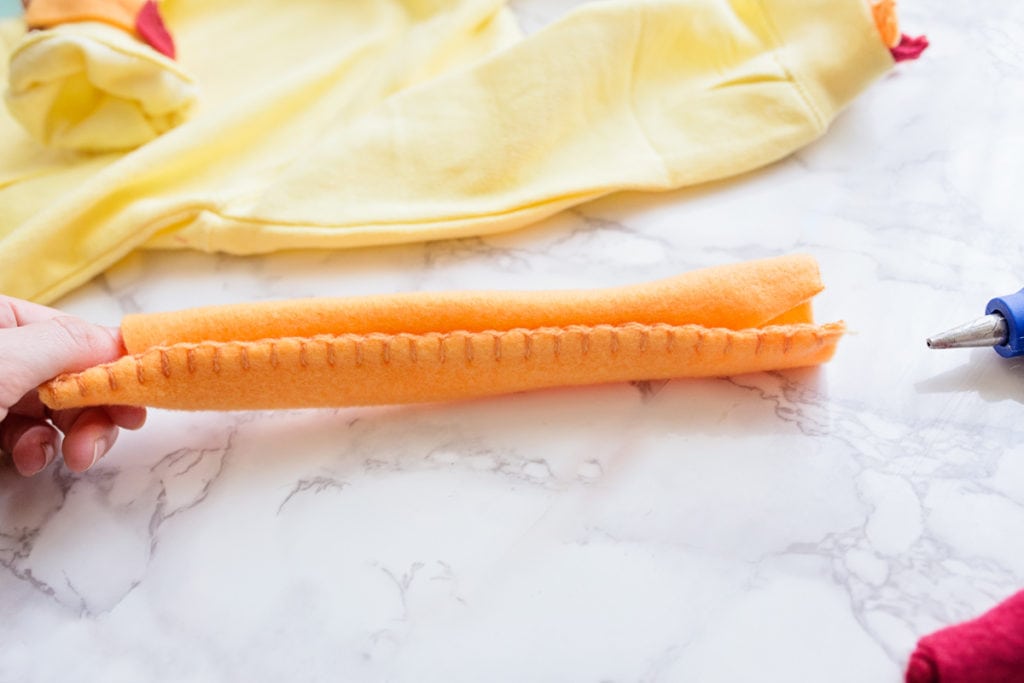 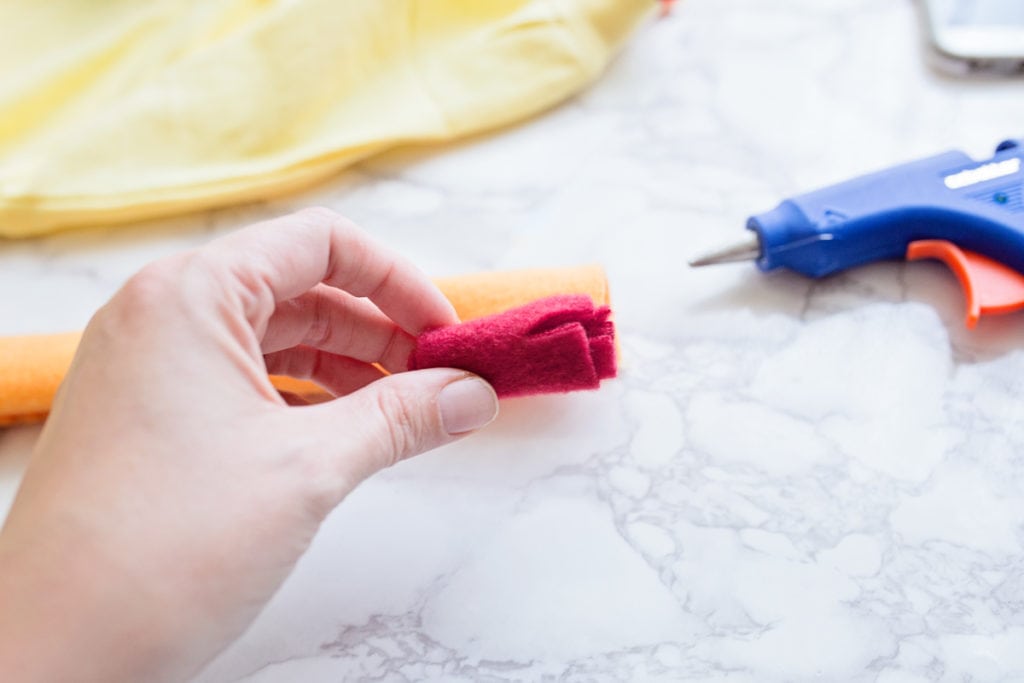 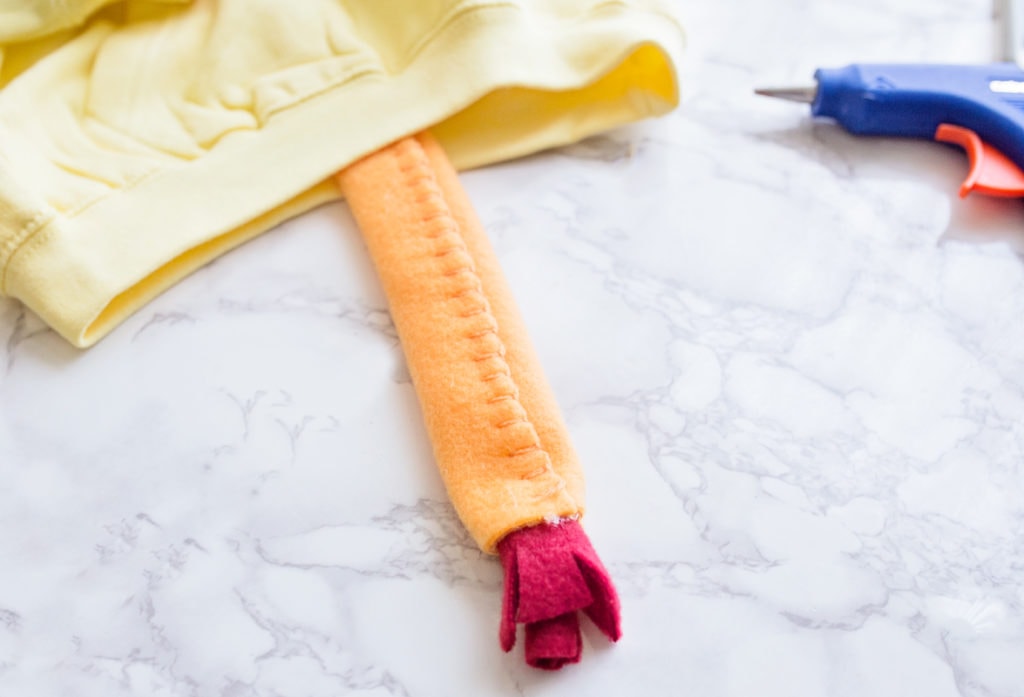 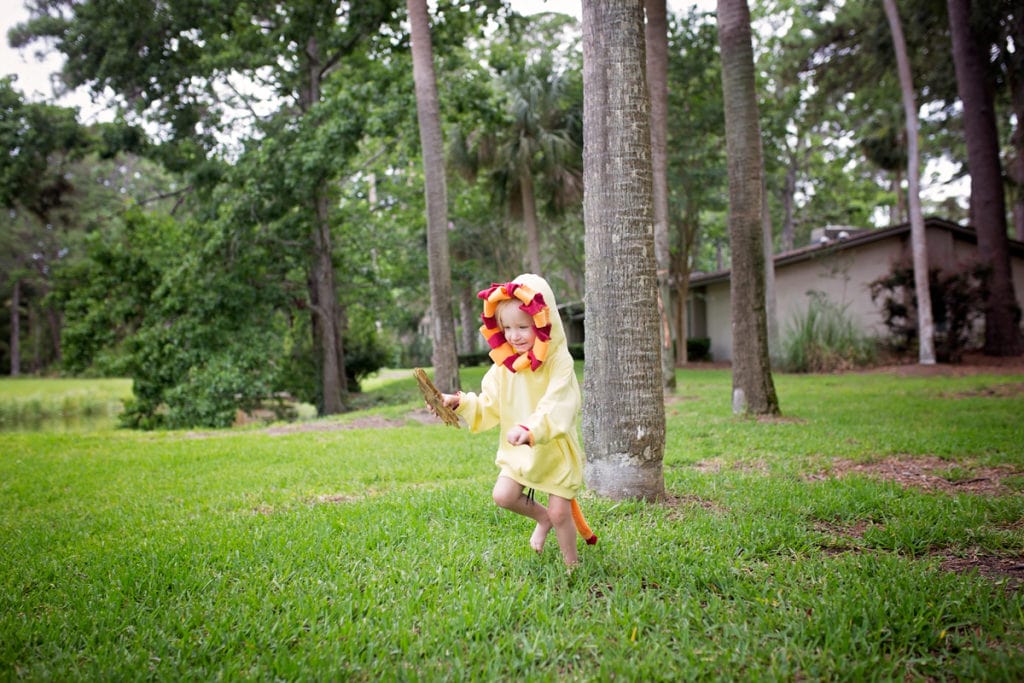 The best part about this easy costume, besides how cute it is – is how cozy it is. Your toddler will love wearing it and snuggling up to you as you watch Disney Junior FRiYAY together.

Oh and for you parents not ready to burn your fingertips off with a hot glue gun,  Disney has you covered on pretend play – Print fun Lion Guard masks here.

Thank you,  Disney Junior for collaborating on this post! And thank you for always putting the YAY in FRi-YAY for our family.

This is a sponsored post written by me on behalf of Disney Junior.