Disclaimer:  We did get the Big Green Egg for free, but as always my opinions are my own!

You guys!  This is my first ever post about meat, I’ve been consistently blogging for over two years now ( Inconsistently like 10) and I’ve never posted about meat.   Why?  Because I don’t eat it.    But Matt does and the boys do, Oli more than Milo.    Milo takes after me and loves black beans and green veggies.   But this is a big deal, so I’m letting Matt take over for a  few posts and do meat recipes!   But don’t worry my plant eating friends, I’m not forgetting about you I promise.

We were recently gifted the most awesome grill / smoker /oven / cooker known to man, THE BIG GREEN EGG!    We basically live outside,  we are outdoors people through and through.   Even at night, as soon as it gets cool enough we open all the windows in our house.   We love the outdoors and now we get to cook outdoors.    I’m so excited to document it.  It’s made cooking fun.  So I’m going to do a Big Green Blog Series featuring all the yummy food we make on our BIG GREEN EGG!     I had big plans to do my first post as a veggie kabob post, but I decided to take it way back and start with the Classic Burger!

But first, I’m going to tell you about our Big Green Egg and Eggcessories (Isn’t that cute?).

If you’ve never heard of the Big Green Egg,  I’m about to open your eyes and make your mouth water!

The Big Green Egg is a modern-day evolution of the ancient cookers that early man used.   Its design is modeled on the clay cooking vessels first seen during the Chinese Qin Dynasty and then used by the Japanese beginning in the 3rd century.   They actually go back further, archaeologists have found so much evidence of early man and clay cooking over open fire.

Big Green Egg’s founder Ed Fisher was in the military overseas and fell for the amazing taste of these dome shaped cookers. He was amazed at how much better the food tasted, and he began to import them sensing that there might be an interest back home. When Ed opened the first Big Green Egg store in Atlanta in 1974, he sold a simple clay cooker based on the same design and materials that had been used thousands of years ago.     He was so right, now 44 years later,  Big Green Egg’s have a cult-like following.   Once you go Big Green Egg, you never go back.   And actually you don’t have to go back, because they have a lifetime warranty!

The Big Green Egg has evolved over recent years, significant changes have been made to keep it miles ahead of other “kamado” cookers. State-of-the-Art ceramics and a patented draft door and vent cap deliver a wide range of easily adjusted cooking temperatures from high-heat searing to low-and-slow smoking. A hard-coat porcelain glaze ensures the signature green color will not fade or discolor under harsh outdoor conditions. Other improvements which have enhanced the traditional design include an easy opening hinge assembly and a durable stainless steel cooking grid. Never content, a team of R&D specialists keeps looking for ways to make the Big Green Egg even better!

The Big Green Egg isn’t one thing, you can’t classify it as a grill or a smoker or an oven.  It’s all of these and more.   Today I’m going to tell you about our first grilling experience with it.   It’s super easy to use!

Ingredients!   Matt is very particular about the meat for the juiciest burgers,  he prefers an 80/20 fat ratio pasture raised grazed happy ground beef but does occasionally grab ground chuck.    He likes the half pound burgers.   When I did eat meat, and I grew up in Texas so I grew up carnivore, I loved a thin thin burger.  But who am I to judge?  Season them to taste,  you can’t go wrong with Salt, Pepper and one of the many Big Green Egg Spice Mixes.

The rest is totally up to you,  buns, tomatoes, pickles, lettuce, peppers, mayo, mustard, avocado, or salsa!   You know what you like!

Sear the perfect steaks, pork chops or burgers on the EGG. High temperature “steak house” grilling – even at 750º F / 400º C – is quick and easy! Using the two dampers for accurate control, you can lower the heat to a more moderate temperature for other grilled foods. Fish and seafood turn out moist and tender with a flavor-packed crust unmatched by other grills.

So now that we’ve got the Classic Burger Recipe done?  What do you want me to blog next?   Kabobs?  Smoked Meats?  Pizza?  This thing can do it all!

Thank you Big Green Egg for this amazingly fun opportunity!

If you want to learn more about Big Green Egg (and I know you do) visit their website HERE! 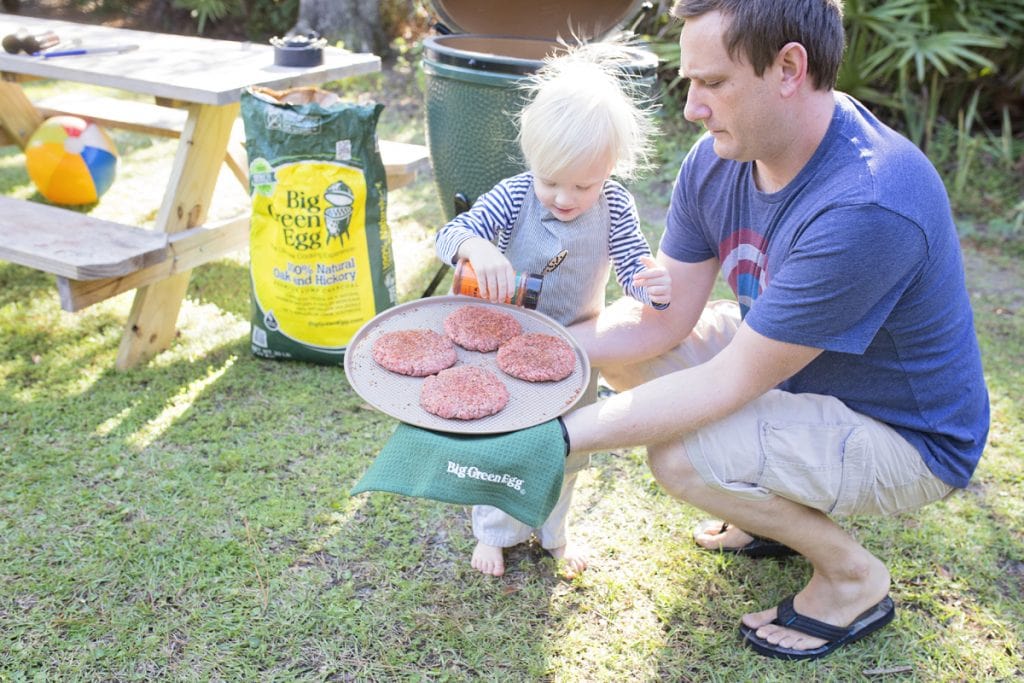 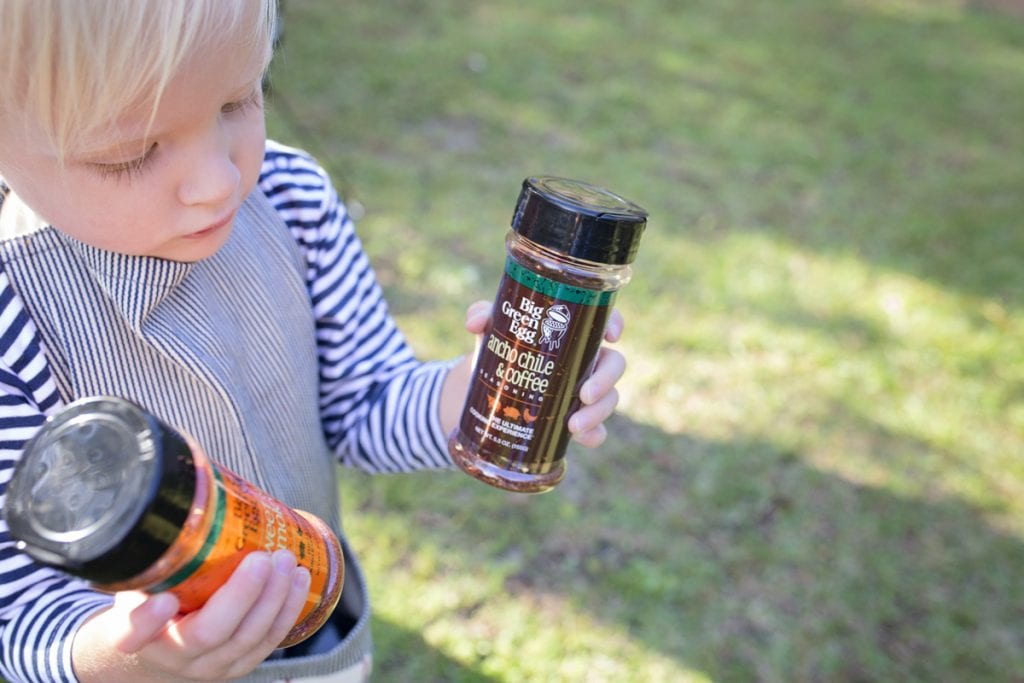 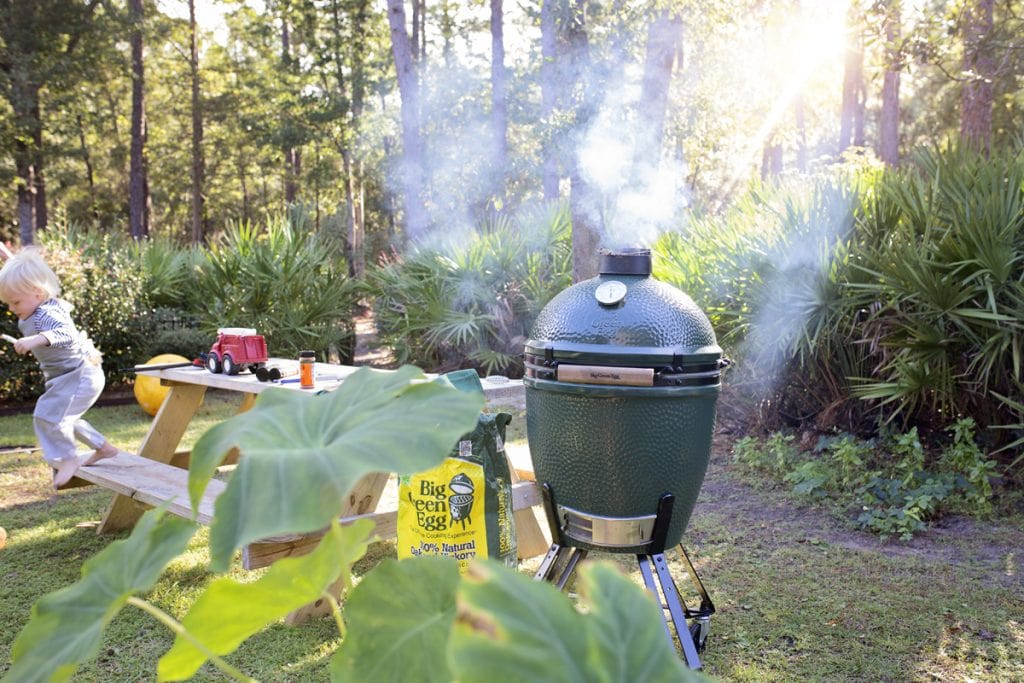 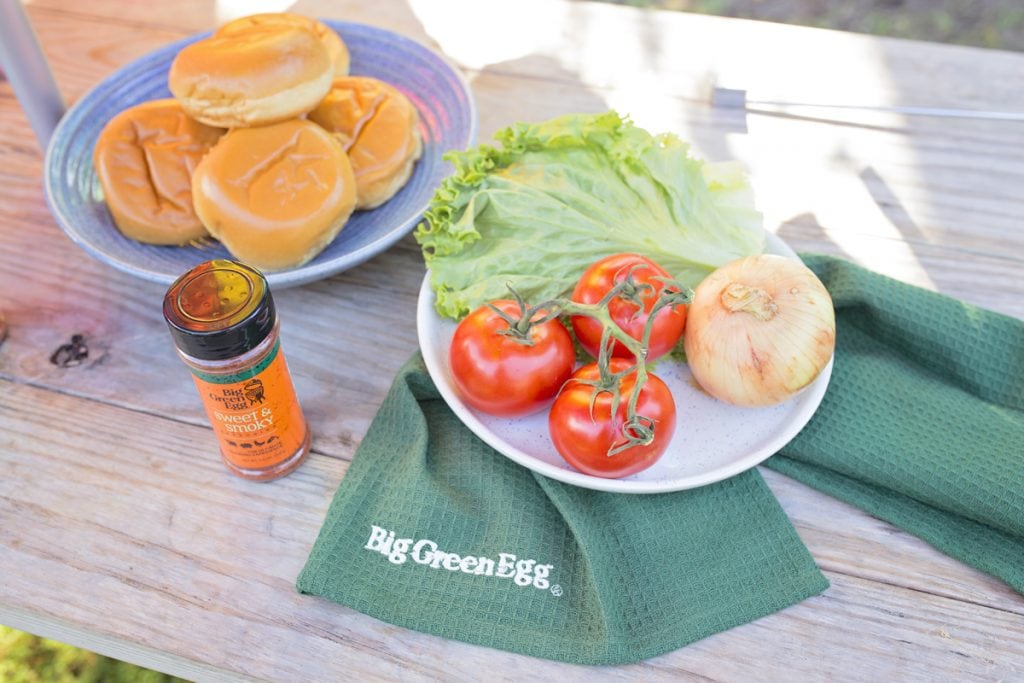 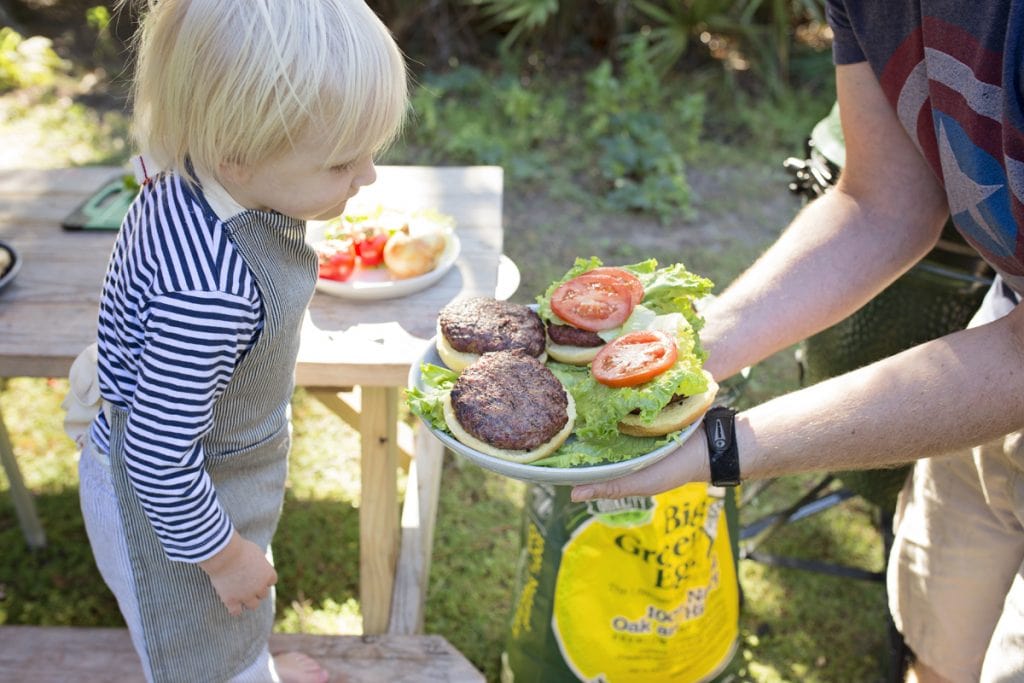 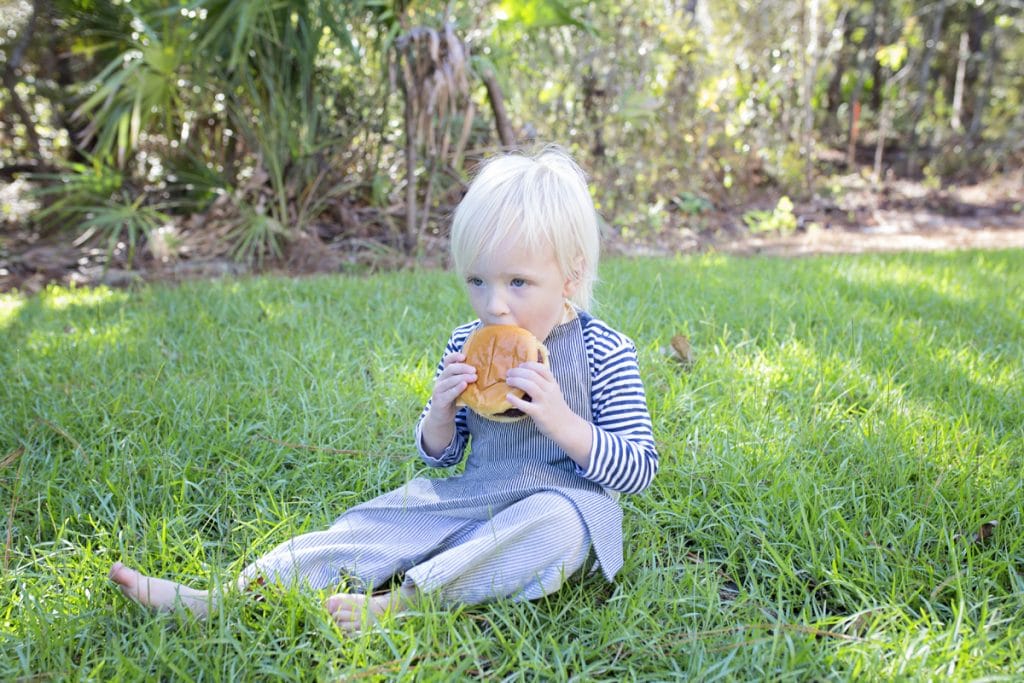