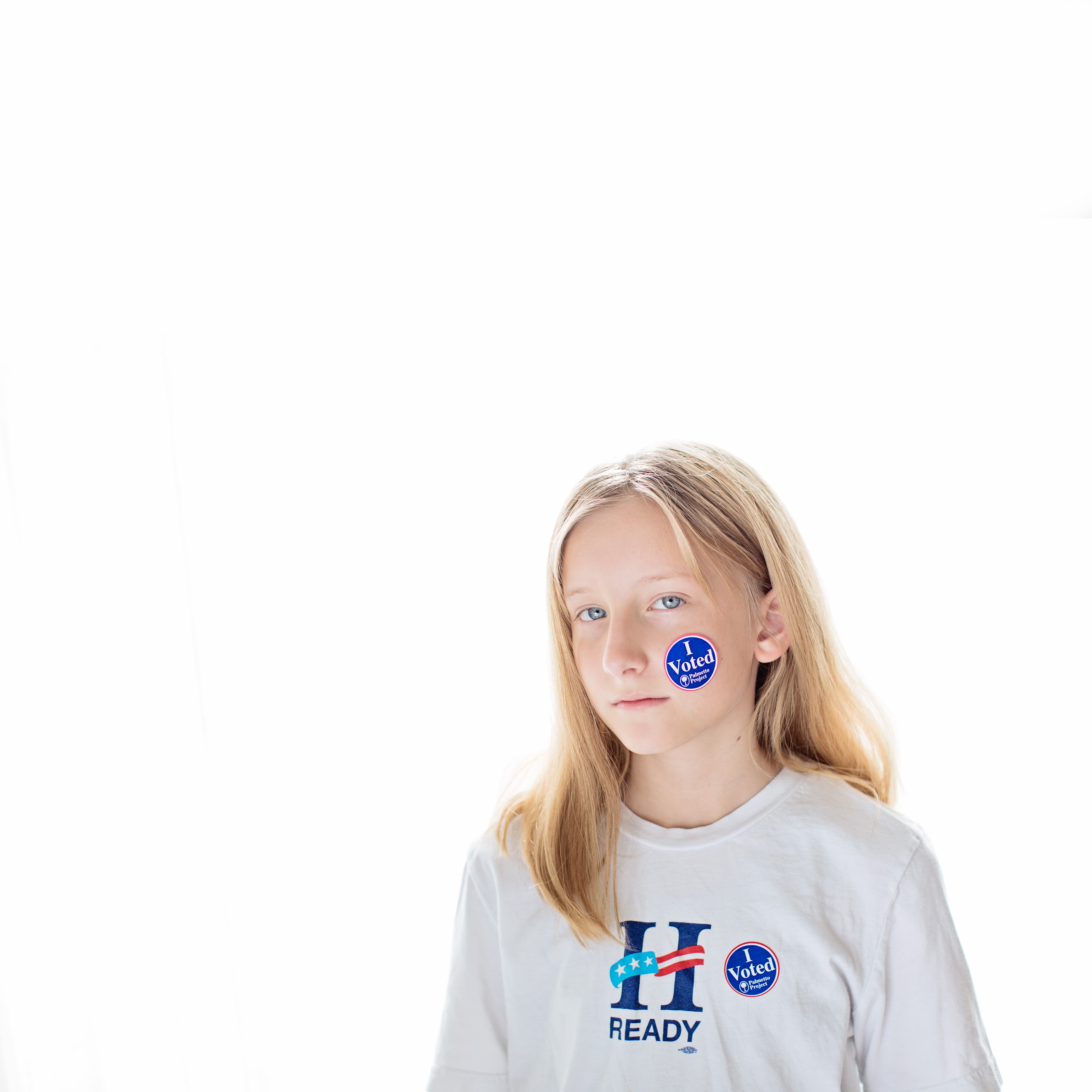 The morning after hurts and it hurts bad. But lets start with the night before, when I was full of hope.

I watched the final arguments from Hillary Clinton on my phone while breastfeeding my sweet 3 month old baby Milo. Matthew looked over from playing with our toddler Oli and said, “Are you crying?” and I was. I was crying because this highly competent wonderful woman was running for president and in my heart I was sure she would win. When my 10 year old daughter Piper finished her homework, I pulled up the same video and watched it with her and cried again. There was no doubt in my mind (heart) that she would win. Then Matthew pulled up Donald Trump’s final arguments because he’s a better person than I am and wanted to show Piper both sides. We discussed the election a small amount and told Piper our voting plan for the next day.

I felt like it was Christmas and I could not wait to go wake my daughter to take her to vote with me. It’s our thing, my little citizen always votes with me. I fought the urge and made her cinnamon rolls and waited for her to wake naturally. She woke up, got dressed in her favorite Hillary Clinton tshirt and pig hat and we hopped into the car. Then I had a small freakout because I couldn’t find my drivers license, it was in my diaper bag and Matthew found it for me. We drove to the polls, and waited in line with a large amount of older white people. I did get a dirty look from one person about her Hillary Tshirt, or maybe I had toothpaste on my shirt? I don’t know. A Trump supporter in line even joked with Piper about her Pig hat, (she argued that it was the Gravity Falls Pig not Miss Piggy). We got to the voting computer machine and I typically vote Democrat straight ticket, then read the referendums closely and vote my thoughts. But so many republicans in my district were running unopposed. The one republican that I knew I did not care for, I wrote in Piper’s name. She got a laugh out of that. I explained to her my reasons and she jokingly said “Maybe, I will be a representative one day.” Then the sweet man working the polling station gave us both stickers and we went home. We tagged in for the boys, so Matthew could go vote. He’s not as loud of a liberal as I am, but I’m fairly sure he voted Democrat too.

The polls started closing, I pulled up the Associated Press’s map on my desktop and we watched CNN live with a few Beyonce breaks in the middle (we had some glow sticks left over from halloween and we needed to dance). Early East Coast states were turning blue. My heart was bursting with pride. Go America Go. Love was trumping hate. Then Kentucky, Indiana, Alabama, South Carolina, etc started turning red. My stomach hurt. It was happening. He was winning. This hateful, misogynist, racist bully was winning my loving country. Piper had school on wednesday, so I put her to sleep and kissed her telling her not to worry, love always wins. I watched the results. I cried, not the sweet tears from being so proud of my country from the night before but big ugly tears afraid and mad at myself for bringing beautiful children into this ugly world. I fell asleep for an hour or so on my tear stained pillow, then woke with a new worry. How was I going to tell my sweet wonderful intelligent ten year old daughter that this horrible man won our presidency? So I scoured the internet looking for parenting blogs on breaking the news. I read them all, through my blurry tearful eyes.

I had a plan and my wording outlined in my sleep deprived emotional head. I even posted my plan on Facebook (exact post) “People voted, and America isn’t who we thought it was. You can be sad about it but you can’t be silent because silence is dangerous. Then I’m going to wing it based on her and end on the batman quote “the night is darkest just before dawn.”” So I sat on the side of her bed, and brushed her wild hair off her face and woke her up. I swallowed hard and told her the results. She was upset, she was angry, she was worried about her Mexican friend Fatima’s immigrant family, she was worried about her friends with gay parents, she was worried about black people. She got up, got ready, made her peanut butter sandwich and was still angry. I didn’t turn on the radio on the ride to school, because neither of us wanted to hear about it anymore. I tried to keep the conversation light and talked about her soccer game and school today. Then as she was giving me my kiss before she hopped out of the car, she said hopefully “Maybe now I will be a representative one day.” My broken heart swelled with pride. I love her.