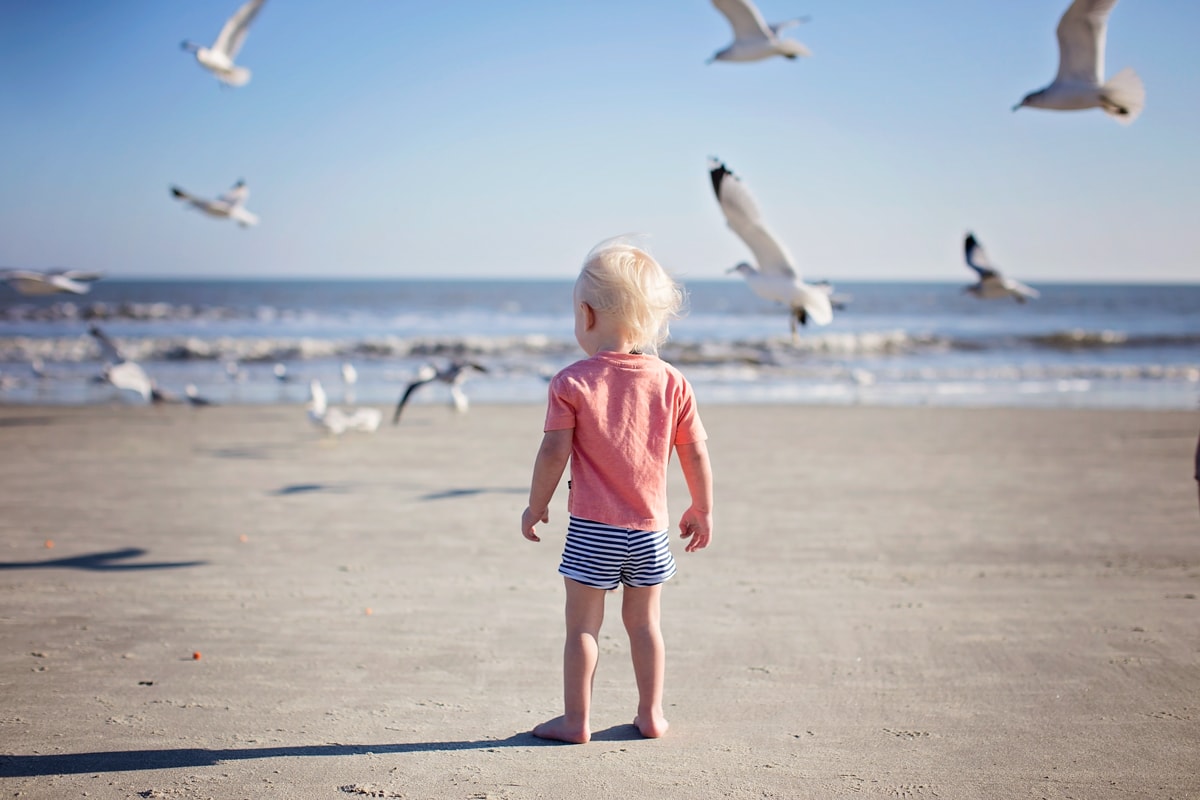 Look at this cute toddler, he can be whiny especially when he’s hungry or sleepy. He enjoys normal things like biting his baby brother and jumping on furniture. He thinks time out is now a game. He keeps going to his time out corner and yelling loudly “2 2 2 2 2 2 2222222 10!” He had hid my wine bottle opener several times this week. Now that he has learned to climb, we are in deep deep parenting trouble. And his favorite spot to sit and ponder life is on my desk while pouring juice into my keyboard.  When he’s finished with dinner, rather than just being done he throws his food all over the floor.  I love him and he must be truly gifted to have entered his terrible twos so early, that makes me feel better about life.

But I totally tricked you with that cute photo of Oli. This post is about another bald toddler asshole. One I can’t believe is still around. First he kept popping up in my Netflix suggestions. Then came Amazon Prime suggestions. Now he’s being suggested to me by Twitter. I first met this toddler like 7 or 8 years ago. Innocently enough I turned on PBS kids to distract Piper long enough to let me make her dinner. And there he was, this whiny tiny terrible Caillou.  It was enough to make me never ever turn on PBS kids again.  In fact, I ordered cable for the first time ever.  I never wanted to be tricked into watching this whiny little bald whiner again.   If you don’t know Caillou, lucky you!  He has numerous buzz feed lists devoted to his reign of terror, Facebook pages of enraged mothers who have been tricked into watching this crap, and there is no counting the number of blogs / vlogs devoted to the hatred of this primary colored cartoon.

From How To Be A Dad:

We follow this pseudo-Charlie-Brown as he whines, kvetches, barks orders at people, hurts himself, throws tantrums, causes trouble and generally shares his self-centered, pathetic, purposeless outlook on life to thousands of kids all over the world.

It’s clear to me you’re waging a war on the American people, running around households on the sly, disguised as some harmless cartoon when really you’re a small bald Satan with a diabolical plan.

The United States might have to claim Donald Trump, but Canada should be equally embarrassed by Caillou.

Those are just some of the fun blogs I found about the serious hatred of Caillou.  You should see some of the tweets with the hashtag #ihatecaillou .

sometimes i think i wanna have another baby, then i remember i will have to watch “Caillou” and it goes away. #IHateCaillou #NoMoreKids

The Creator of the cartoon #Caillou has a hidden agenda- for parents to go insane. Whiny. Little. Punk. #ihatecaillou

Caillou (pronounced Cai-yoo) is a Canadian children’s cartoon that has migrated to the United States.  He has a sister named Rosie and a cat named Gilbert. The cartoon follows his adventures.  By adventures, I mean temper tantrums, whining nails on chalkboard tantrums.

This kids is why you should never ever use Wikipedia in your research, “Caillou is an average, imaginative four-year-old boy with a love for forms of transportive machinery such as rocket ships and airplanes. A dreamer, Caillou is prone to frequent dream sequences in some episodes visualizing his daydreams and hopes, and many episodes chronicle his normal daily experiences with his parents, friends, and neighbours. Caillou particularly loves his stuffed dinosaur Rexy and teddy bear Teddy, along with his pet cat Gilbert, all of whom are depicted as puppets in segments featured in the earlier episodes.”

The fact that they left out the tantrums is highly suspicious to me.   Every single episode features the kid whining to his parents, teachers, grandmother, the mailman, the neighbors, his pets, and his kid sister.  It’s seriously the worst children’s program ever made.

I’m totally prepared to lie to my toddler if he ever finds Caillou to tell him that the television is broken.    Children learn by example, and watching this kid throw tantrums to get what he wants won’t be happening at our house.

So this was my cartoon review of the week – Caillou.   Not really a review, more of a statement.  So in my best John Oliver voice, How is this still a thing? 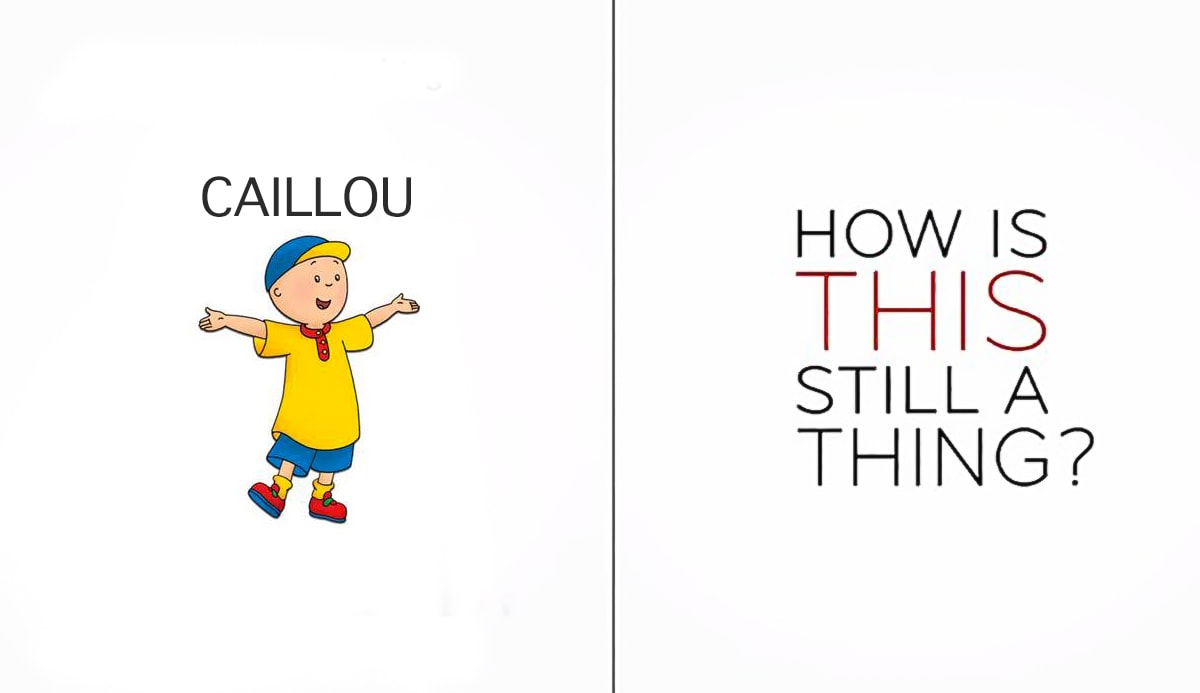