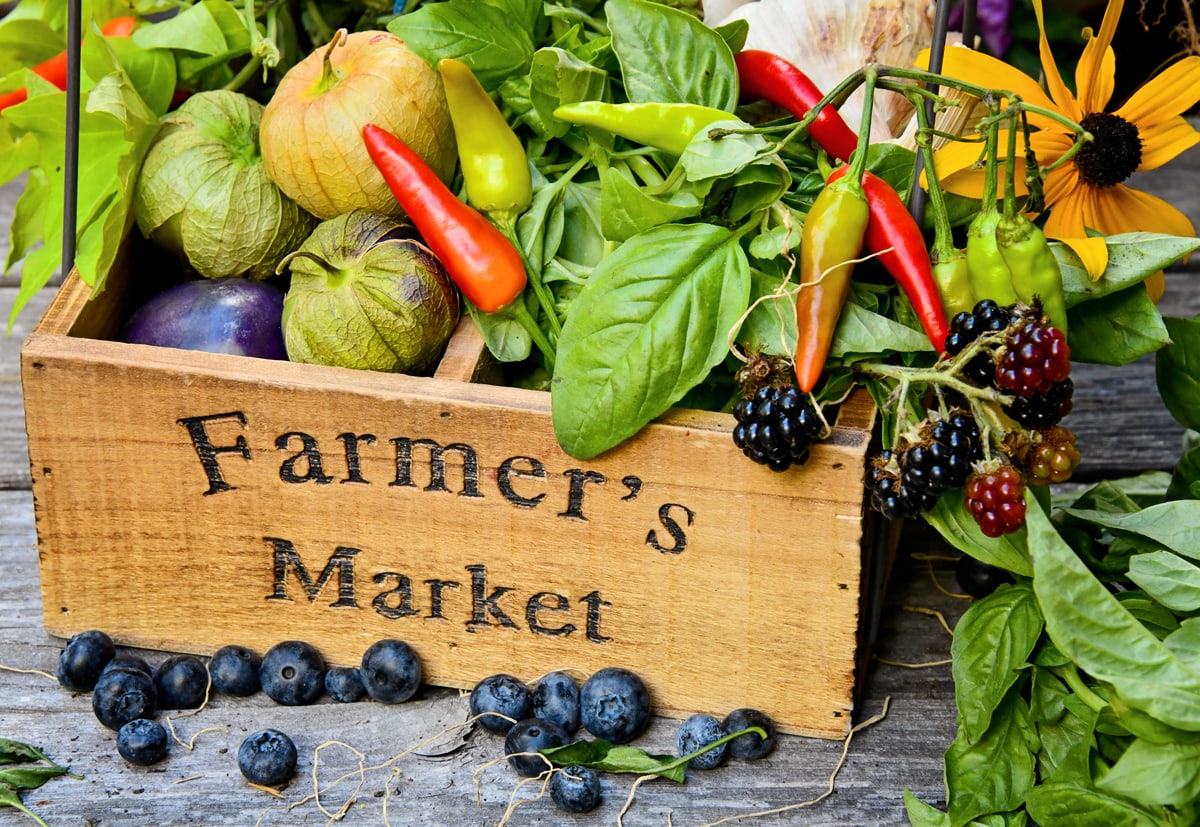 Now that September is upon us, it seems that we can almost smell Fall in the air!

Artichokes produce a second crop in the fall that tends to yield small-to-medium artichokes.

Arugula is a cool-weather peppery green.

Beets are in season in temperate climates from fall through spring, and available from storage most of the year everywhere else.

Belgian Endive is mostly “forced” to grow in artificial conditions but it’s traditional season is late fall and winter.

Broccoli can be grown year-round in temperate climates, so we’ve forgotten it even has a season. In most climates, it is sweeter when harvested in the cooler temperatures of fall.

Brussels sprouts grow on a stalk and are ready in the fall.

Cabbage is bright and crisp when raw and mellows and sweetens the longer it’s cooked. The cooler the weather when it’s harvested, the sweeter it tends to taste.

Cauliflower can be grown, harvested, and sold year-round, but it is by nature a cool -weather crop and at its best in fall and winter and into early spring.

Celeriac/celery root is at its best in the cooler months of fall, winter, and early spring.

Celery is at its best in the fall, with its harvest continuing through winter in warm and temperate climates.

Chard grows year-round in temperate areas and is best harvested in late summer or early fall in colder areas, and fall through spring in warmer regions.

Chicories are cool-weather crops that come into season in late fall.

Chiles are best at the end of summer and into fall.

Cranberries are harvested in the fall.

Edamame are fresh soybeans—look for them in late summer and fall.

Eggplant comes into season toward the end of summer, but bright shiny heavy-feeling specimens stay in season well into fall.

Escarole is at its best in fall and winter.

Fennel has a natural season that runs from fall through early spring.

Figs have a short second season in late fall.

Garlic is at its plump, sweetest best in late summer and fall.

Grapes (early fall) ripen toward the end of summer when they grow best; the harvest continues into fall.

Green beans tend to be sweetest and most tender during their natural season, from mid-summer into fall in most regions.

Herbs of hearty sorts are available fresh in fall—look for bundles of rosemary, parsley, thyme, and sage.

Horseradish is at its best in fall and winter. Like so many other root vegetables, however, it stores well and is often available in decent shape well into spring.

Jerusalem artichokes/sunchokes are brown nubs that look a bit like small pieces of fresh ginger. Look for firm tubers with smooth, tan skins in fall and winter.

Kale is like all hearty cooking greens—cooler weather keeps it sweet.

Kohlrabi (late fall) comes into season by the end of fall but stays at its sweet best into winter.

Leeks more than about 1 1/2 inches wide tend to have tough inner cores. The top green leaves should look fresh—avoid leeks with wilted tops.

Lemongrass grows in warm and tropical areas and is usually available fresh in the U.S. toward mid-fall.

Lettuce (in warmer climates), like other greens, bolt and turn bitter when the weather gets too warm, making it in-season somewhere in the U.S. year-round. It also can be grown in low-energy greenhouses in colder climates through the winter.

Limes are harvested in semi-tropical and tropical areas in summer and fall.

Mushrooms (wild) have different seasons throughout the U.S. Most wild mushrooms are in season in summer through fall.

Onions come from storage all year round, but most onions are harvested in late summer through the fall.

Parsnips look like white carrots and have a great nutty flavor. Look for thinner parsnips, since fatter ones tend to have a thick, woody core you need to cut out.

Pears have a season that runs from mid-summer well into winter, depending on the pear variety and region.

Persimmons are available for a short window in the fall and early winter—look for bright, heavy-feeling fruits.

Pomegranates only ripen in warmer climates. They are in season starting in October and are usually available fresh through December.

Potatoes are great storage vegetables, but most varieties are harvested in the fall.

Pumpkins are the most common winter squash and come into season in September in most areas.

Quinces are a most under-appreciated fruit. Bright and tart, quince jellies and desserts are a fall and early-winter favorite.

Radicchio, like all chicories, is sweeter and less bitter when the weather is cool.

Radishes (all types) are so fast-growing that they can be sown several times during the growing season in most climates.

Rutabagas are also known as “yellow turnips” and “Swedes.” They are a sweet, nutty root vegetables perfect in stews, roasted, or mashed with plenty of butter.

Shallots are harvested in late summer and into fall and are at their sweetest when fresh.

Shelling beans are those beans that can become dried beans but are briefly available fresh, as shelling beans, in mid-summer to early fall depending on your climate.

Spinach has a season. It varies with your climate—year-round in temperate areas, summer and fall in cooler areas, and fall through spring in warmer regions.

Sweet potatoes store well and are available from local sources year-round in warmer areas and from late summer through winter in other places.

Turnips have a sharp but bright and sweet flavor. Look for turnips that feel heavy for their size.

Winter squash of all sorts comes into season in early fall and usually last well into winter.

Zucchini has a harvest season from summer into fall in most climates.