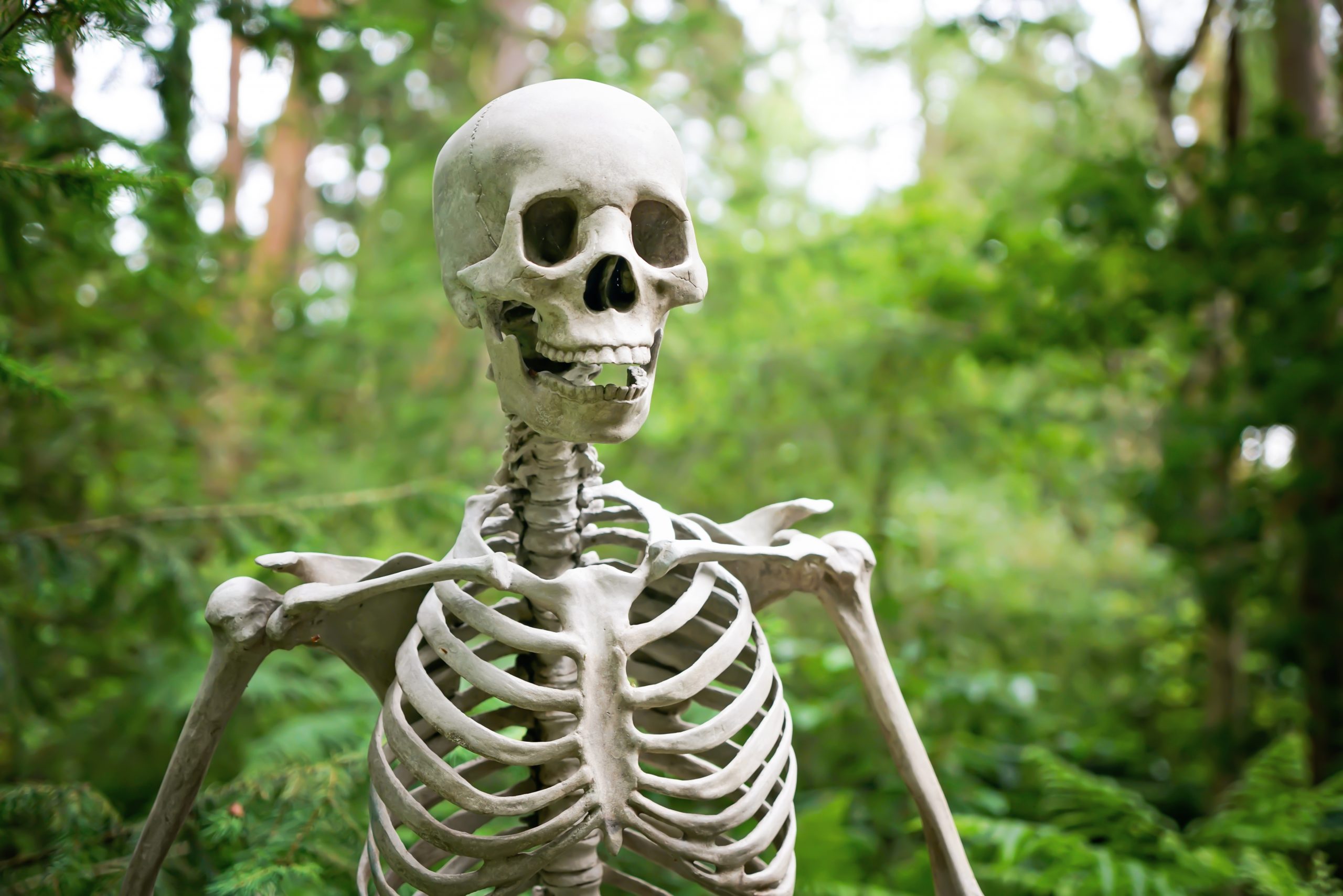 “It’s as much fun to scare as to be scared.”

2020 has been a scary year, but Halloween is not cancelled yet. If all else fails, we will be “yeeting treats” to our neighbors on Halloween night.  My favorite way to get in a Halloween mood is through music. I was small, like really small and I totally fell in love with Michael Jackson’s Thriller. I had all of the moves down perfectly. Zombies are still one of my biggest weird fears, but that song still puts me in the biggest Halloween mood.

Where to find Spooky Sounds online

Online Audio libraries like Spotify are my favorites. Spotify has music but also sounds and creepy audio tracks.  Their Ultimate Halloween Playlist is good, it’s almost 4 hours of spooky fun.  If your Halloween party lasts longer than 4 hours, no one will remember the songs from the beginning.

If you are doing your own audio mixing, try typing “audio sound effect library” into a search engine is a great way to get started. Two quality sources of Halloween audio sound effects are Freesound and istock audio.

Some sounds are available free of charge, while others make a small charge. It can be well worth paying for the right sound as subtle differences between similar sounds can make all the difference. Be careful to read the terms and conditions of each audio library carefully before using their files.

Many Halloween sounds are obvious or even clichéd. But in the right setting, and with enough surprise, they can still have a spine-tingling effect on the listener! Rattling chains, screams in the distance, a thunderbolt, or a witch’s laugh can all still raise a shiver.

And remember that younger children have such vivid imaginations that it is best to use scary sound effects with caution if they are present.

For a truly terrifying effect on adult guests, it is the unexpected sound that cannot be located or identified that will have the most dramatic impact. Here are a few ideas:

Try concealing speakers playing a quiet recording of ordinary human breathing in a discrete place in the restroom. Vary the volume a little with time.

If guests need to pass along a corridor between rooms, dim the lights a little and play a gentle soundtrack of ordinary footsteps on a similar floor surface. A recording of footsteps might also be used on a gravel driveway or on a staircase.

The sound of scuffling mice in the corner of the kitchen or buffet table can add an appropriate element of Halloween decay to the party atmosphere!

To achieve surprise, plenty of silence is all-important, and keeping the volume level low makes it harder for listeners to identify and place the source of the sound, which can only add to the gut-freezing effect. Think carefully about the effect that the sound might have on guests. Think back to genuinely spooky experiences and try to reproduce the effect in sound, perhaps adding a tactile element such as draped nets in dark corners when appropriate.

Some Halloween songs are classic and fun, but other songs are the kind that can run a chill up the listener’s back. These five songs are perfect for playing with a group, or simply to enjoy around the house. For an added kick of spookiness, play these creepy songs through a heater vent to create a hollow, mystifying sound.

“Thriller”, the wildly popular song by Michael Jackson, is well renowned for its 14-minute long music video complete with dancing zombies and full makeup. Although the song is pop in nature, this catchy tune incorporates back-dropped howling with spookily monotone articulated lyrics.

The orchestral piece “Night on Bald Mountain” would be a good addition to any Halloween music collection. As recorded by the Cincinnati Symphony, wrought, anxious voices can be heard amongst growling predators, creating a tense and exciting atmosphere.

“Betty Boop” by Charlie Puth, is a lesser-known but great spooky Halloween song.  TikTok kids and influencers will immediately recognize the beat.  It’s vintage sounding, but has an amazing modern beat.

Theme from the Movie Psycho

Psycho, the popular 1960s Alfred Hitchcock movie, boasts a fantastic theme song that can be incorporated into any music collection. Its orchestral music, heavy on the strings, produces intense sound variations, creating a sense of urgency and apprehension without the use of lyrics. For anyone who has seen the movie, the familiarity of the music will bring back a visual of the most horrifying scenes, intensifying the effect of the music.

“I put a spell on you” originally by Jay Hawkins has been done by so many artists. But I’m such a fan of the 1990s version from the movie Hocus Pocus by Bette Middler.  I was super devastated earlier that I couldn’t find this version on Spotify.  I’m thankful for Youtube.

There are many scary and spooky Halloween songs that range from the genre of rock or pop to the use of orchestra style instruments. Many other theme songs, like them from Amityville Horror and The Children of The Corn, can also be a great way to build up a personal Halloween collection.  Ozzy Osborne or Paint it Black by the Rolling Stones could be really spooky cool too.

Many classical works associated with Halloween feature similar themes like the fear of death, the return of dead spirits, and the interaction of demonic beings with humans.

The repertoire of Classical and Romantic music contains a number of very familiar works that are frequently resurrected in October because their themes complement the spectral and supernatural at Halloween. Many of these works revolve around similar motifs: the return of dead spirits, the interaction of demonic forces with humans, and selling one’s soul to the devil.

Obsession with the Plague Years and the Dance of Death

One of Halloween’s most frequently played pieces is Camille Saint-Saens’ Danse Macabre. Like Franz Liszt’s Totentanz, the music celebrates 14th Century artists’ depictions of the dance of death, found throughout Europe in murals on church walls and in museums. Like many Halloween stories set to music, Danse Macabre was taken from a poem, in this case, by Henri Cazalis, ending with the line, “Long live death and equality!”

Similar emotions are evoked in the second act of Adolphe Adam’s tragic ballet Giselle. The dead heroine, a humble peasant girl, is visited at her grave by a young nobleman she had fallen in love with. Even as they dance together, the spirits of other betrayed female lovers join the dance to destroy him.

Listeners can feel the frivolity and anguish of the spirits as their dancing builds to a heated crescendo, only to be called back to their graves as dawn approaches. The same feelings are evident in Modest Mussorgsky’s Night on Bare (or Bald) Mountain, another Halloween favorite popularized in Walt Disney’s animated interpretation Fantasia. Night on Bare Mountain depicts Mussorgsky’s view of a witches’ Sabbath on the top of Mt. Triglav.

Death, Sacrilege, and selling one’s Soul to the Devil

Although many people can identify Charles Gounod’s Funeral March of a Marionette as the Alfred Hitchcock theme, Franz Schubert’s Erl-King is not as well known. Based on a poem by the German Romantic poet Goethe, it is the story of a father riding swiftly through the forests, cradling his sick son. The boy tells his father that the Erl-King beckons to him even as the father vainly attempts to outrun death. In the end, the father arrives home, but the child is dead.

Dark and spooky forests are the scene of many Halloween pieces of music. For 19th Century Romantics, the dense European forests were the perfect abode of evil spirits and otherworldly phantoms. In Cesar Franck’s The Accursed Huntsman, a nobleman is cursed for going hunting on the Sabbath rather than attending Mass.

The theme of Der Freischutz by Carl Maria von Weber involves a forester who meets the devil deep in the forest and sells his soul for seven magic bullets. The selling of one’s soul is also the theme of several works by various composers that capitalized on the Faust tale, another poem by Goethe.

From Light-Hearted Themes to Wagnerian Romanticism

Paul Dukas’ The Sorcerer’s Apprentice is a Halloween perennial and based on another Goethe poem. Also featured in Fantasia with Mickey portraying the hapless apprentice, it represents an excellent Halloween vehicle for children that tend to be unfamiliar with classical music. Selections from Edvard Grieg’s Peer Gynt Suites serve the same purpose with their focus on Scandinavian mythologies, trolls, and other dwarf-like beings.

At the other end of the spectrum are the works of Richard Wagner, deep and emotionally cumbersome like The Flying Dutchman and The Ride of the Valkyries. Yet they also comprise elements associated with Halloween themes and are therefore included in concerts devoted to ghostly themes.

For listeners seeking more on Halloween than the Ghostbusters theme or Michael Jackson’s Thriller, the classical music genre offers variety guaranteed to stir emotion and fantasy. Hearkening back into a time when superstition and fear were rampant, these composers have managed to produce pieces that stir supernatural awareness or simply appeal to the human desire to look beyond the everyday real world.